A minivan full of backpackers is driving south, high above the Urubamba river. It’s dark on the road, it’s dark in the van. Everyone’s asleep. Almost everyone.

At the far right of the middle seat row somebody who is way too old to call himself a backpacker without sounding pathetic, stares out the window. He looks across the valley, where the snowy peaks of the Andes are lit by more than half a moon, beneath a starry sky as if everything is for free. By the time you’re past the age of the backpackers, all this sleeping is no longer necessary. You prefer to think of the mountain passes, cliffs and slippery rocky paths you have survived over the last few days. 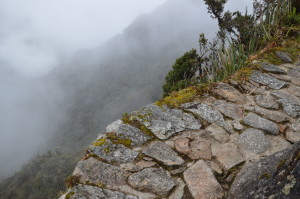 You prefer to think of Alex, guide, spiritual leader, Marley fan and king of the Quechua hipsters, who could easily walk a few miles with two backpacks instead of one, if necessary. 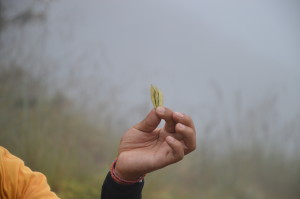 Of Helmuth from Venezuela, who could make an ear infection disappear by means of a well-timed drop of rum (Santa Teresa 1796, of course) in the muña tea. A couple of years ago he was in Europe and visited the stadium of his favorite club Bayern München, for the first time – “I liked it better than the Eifel Tower.”

Of Helmuth’s girlfriend Maria, a beautiful and elegant girl who looked tired after a few hours of walking, but once in the mountains left everyone behind. Earlier that day she had requested to become the adopted daughter of the man who is now looking out at the mountain tops that in the eyes of the Inca resembled the claws of a mountain lion.

Of Nathan and Emily from Minnesota, whose inexhaustible supply of Ibuprofen managed to keep the real daughter’s ankle ligament, torn on the very first morning, under control. 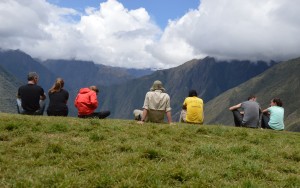 Of the afternoon that preceded this night, when the beers grew bigger and bigger, followed by Pisco Sours en Mojito’s. And of the bottle of Santa Teresa that wasn’t finished yet, so why not, let’s have another cup of muña tea on the train.

A minivan full of backpackers is driving south, high above the Urubamba river. On the other side of the valley the claws of the mountain lion reach out for Ursa Major. At the far right of the middle seat row somebody’s feeling younger than he really is.

May God bless and keep you always, may your wishes all come true and may you stay Wiñay Wayna. 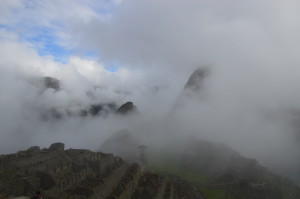 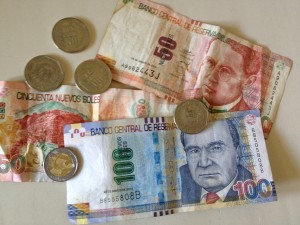